An epidemic of stigma 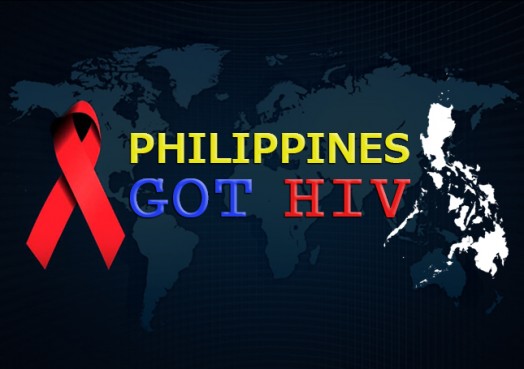 A silent human rights crisis is emerging with the growing HIV epidemic in the Philippines. It is evident in the unreported AIDS-related deaths, the grief of the families and loved ones of those who perished muted by irrational fears that continue to surround the virus.
Murmurings of human rights violations have been rising – some involving enforced disclosure of one’s status or about the imposition of mandatory testing, while others are graver, such as violence within the family – and yet the overwhelming weight of stigma has impaired access to redress or legal remedies.

To date, the exponential rise of new HIV cases in the Philippines and the continuing inadequacy of HIV services point to a steady progress towards a higher HIV prevalence in the next five to ten years. Since the incumbency of the Aquino administration in 2010 and up to 2013, more than 12,000 new HIV cases have already been recorded; this
constitutes about 73% of all HIV cases ever recorded in the Philippines.

On its face and perhaps in comparison to other diseases, these numbers appear insignificant in a country that has 100 million people. This notion is oftentimes the reason why public officials are hesitant to prioritize HIV as a public health emergency. The problem is that the sharp rise in new cases – from one new case a year before 2007 to 13 new cases a day in 2013 – means that a febrile epidemic is raging underground. The National Epidemiology Center of the Department of Health in fact estimates that only half of the actual cases are recorded by authorities.

A vast majority of new infections are concentrated among the so-called key populations that are more vulnerable to HIV, which in the vocabulary of the AIDS epidemic refers to communities that experience socio-political and economic exclusion. These are also
oftentimes the communities that are in conflict with the law and face different levels of marginalization: drug users, sex workers, men who have sex with other men, and transgender people.

In an era of optimism, when no less than UN Secretary General Ban Ki-moon himself pronounced that ‘we can end AIDS by 2020’ and when countries all over the world are halting and reversing their HIV epidemics, why is the Philippines experiencing a countertrend? What could explain a trend that defies a momentum in the global HIV
response driven by a promise that the medical solution to AIDS is already present?

There are a host of complex reasons, but one fundamental context that is poorly appreciated is the issue of human rights. While one could argue that the Philippine legal framework on HIV is based on a robust human rights-informed legal foundation, by itself the response has a very limited appreciation of human rights. It addresses the human
rights of those who are infected with the virus, but it glosses over the intersectionalities of human rights issues that surround the epidemic – from the socio-political and economic vulnerabilities of communities whose behavior make them more susceptible to HIV infection to how deeply embedded stigma paralyzes the redress mechanisms that
are already available.

The biggest limitation in our HIV interventions is that they mainly see communities that need HIV services as clients and not as citizens whose over-all well-being need to be addressed and whose equal rights and dignity need to be recognized, promoted, and protected. The focus on biomedical solutions as stand-alone interventions – increase of HIV testing uptake, enforcing safer practices, adherence to treatment – without looking into broader barriers to the HIV response limits the effectiveness of up-to-date biomedical interventions.

The non-consideration of human rights issues is evident in emerging proposals to increase access to HIV testing, the only way to determine whether one is infected with the virus or not. Despite the prevalence of risky behavior among Filipinos in general, access to testing is very low, even among key populations. This prevents the application of and access to other preventive and life-saving interventions. Increasing coverage of HIV testing, especially among key populations, is very crucial at this point.

The biggest barrier to HIV testing, though, is fear – the sense that not knowing one’s status is better than having the knowledge and getting exposed to stigma associated with HIV and AIDS. This fear is founded on the narratives about the day-to-day experiences of people living with HIV: getting rejected by loved ones and community, abuse and violence, discrimination, etc. Hence in many countries that successfully mainstreamed HIV testing, stigma reduction strategies have been used, such as campaigns where political leaders and celebrities get tested and public awareness activities where HIV testing is demystified.

In the Philippines, however, there is a push to ‘relax’ standards on confidentiality and consent in relation to HIV testing. Among local officials, making testing mandatory is attractive due to their frustrations on the low coverage of testing services. Health Secretary Ona is vocal with his support for the health sector-driven contact tracing, which means that a health worker would assist PLHIVs to identify sexual partners that they may have exposed to the virus so that they can be traced and encouraged to get tested.

Mandatory testing is prohibited under the current law, but beyond legal restrictions, it is ineffective for the simple reason that it pushes stigmatized communities away from testing services. The paradoxical effect of mandatory testing is that it drives away those
who need HIV testing the most; it furthers stigma, and it creates a climate that’s conducive to human rights abuses.

Disclosure of one’s HIV status is important in establishing an enabling environment to reduce stigma, facilitate access to HIV services, and develop support networks for persons living with HIV (PLHIV). But the empowering effects of disclosure are only possible when disclosure is voluntary, and thus the challenge is how to facilitate and encourage disclosure. It is not impossible, though, but it requires collaborating and empowering community groups that can provide peer support and encourage PLHIVs to disclose their status to sexual partners and their families.

The knee-jerk behavior of authorities, however, is to force disclosure. Despite the policy on confidentiality, there have been cases of disclosure without the consent of the PLHIV. There were reports of health facilities announcing the results of HIV tests, and local officials oftentimes say that they want the names of PLHIVs be known so that they can be provided with “help”. What this so-called help constitutes isn’t hard to discern. A city mayor from Mindanao, for instance, once announced during a public rally that the names of PLHIVs should be declared and that if he had his way, they’d be burned.

Stigma, therefore, cannot be divorced from efforts to make disclosure mandatory. The Secretary of Health has been upfront with his belief that the law has always protected the rights of PLHIVs, but not those who are not yet infected – a populist, dangerous, and flawed framing of the issue.

To force disclosure, there is a pending proposal to criminalize the sexual transmission of HIV, under which the liability can only be dissolved if and when the PLHIV has disclosed his or her status prior to sexual act. This is a ridiculous proposal because it means that the only person who can prove the absence of criminal liability (or that you have disclosed your status) is the aggrieved person. Furthermore, there are no medical tests that can determine beyond reasonable doubt that the infection is due to sexual transmission from the accused person.

A coercive policy like the criminalization of the sexual transmission of HIV is tantamount to a death sentence for PLHIVs. Initial discussions on the proposal indicate that people would rather not get tested to avoid criminal liability. It will also expose vulnerable
communities to abuses and harm.

HIV response and the right to health

A rethinking must happen to enable the Philippines to respond effectively to its growing HIV epidemic. Oftentimes conversations around stigma center on the need to show compassion to PLHIVs, when in fact the intersectionalities of situations and contexts that
stigmatize PLHIVs and the communities vulnerable to the epidemic require a broader appreciation of human rights. This means that human rights should not be seen as a separate silo in the country’s HIV interventions but should be embedded in all aspects of the response.