In commemoration of the 15th anniversary of the promulgation of the Indigenous Peoples Rights Act or IPRA (RA 8371), Rep. Teddy Brawner Baguilat of the lone district of Ifugao, with other indigenous peoples leaders in the country called on the government to act fast on the Tampakan massacre and other IP killings, promote peace in IP communities and to join them in advancing sustainable development in their ancestral domains.

In a media forum today in Quezon City, Rep. Baguilat declared a year-long series of commemoration activities for the IPRA from October 2012 to October 2013 to further promote IP rights and increase awareness among the general public.

Rep. Baguilat condemned the B’laan killings in Davao del Sur last October 18, killing a mother and her two children. He also called on the National Commission on Indigenous Peoples (NCIP) and the Commission on Human Rights (CHR) to immediately conduct and complete their investigations to bring justice to the B’laan community.

Alarmed with the brutal killings in Davao del Sur and the murders of other IP leaders protecting their ancestral domains, Rep. Baguilat demanded an urgent investigation of the following cases. 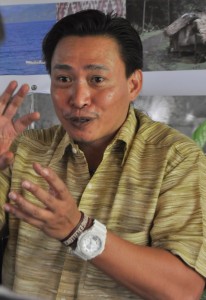 “I condemn these acts of harassments, terrors and attacks to IP leaders and communities, much so when the perpetrators are the military who are supposed to protect the Filipino people. I don’t know if they are even aware of IPRA,” he added.

Other IP leaders raised other issues confronting tribal communities. Ka Remo Bolhayon, an Ifugao from Nueva Vizcaya discussed the long struggle of IP families in Kasibu, Nueva Vizcaya against the operation of Oceana Gold Philippines, Inc., and the proposed Diduyom dam project in their mountains.

Bae Rose, a woman tribal leader from a Higaonon community in Misamis Oriental recalled the joint resolution of indigenous women asking the National Commission on Indigenous Peoples (NCIP) to air their denouncement of the Tampakan massacre and join them in calling for justice for the victims. 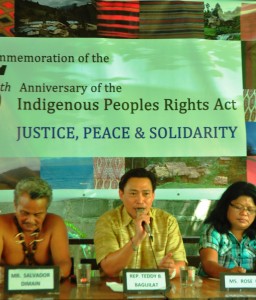 Rep. Baguilat also expressed the willingness of his office along with many other ethno-liguistic groups to pursue reforms in implementing IPRA.

Jaybee Garganera, national coordinator of Alyansa Tigil Mina (ATM) said IPRA is one of the standing principles of the campaign against destructive mining. “Without a valid free, prior and informed consent (FPIC) from the affected IP communities, no activities such as open-pit mining should be implemented in their ancestral domains.”

“Sagitarrius Mines Inc., the proponent of Tampakan mining project, seriously violated this rule in IPRA. SMI has failed to get consent from three B’laan communities — that should have been a clear indication that they should no longer implement the project,” Garganera said.

ATM is an alliance of mining-affected communities and their support groups of NGOs/POs and other civil society organizations opposing the aggressive promotion of large-scale mining in the Philippines. The alliance is currently pushing for a moratorium on mining, revocation of Executive Order 270-A, repeal of the Mining Act of 1995 and passage of the AMMB. 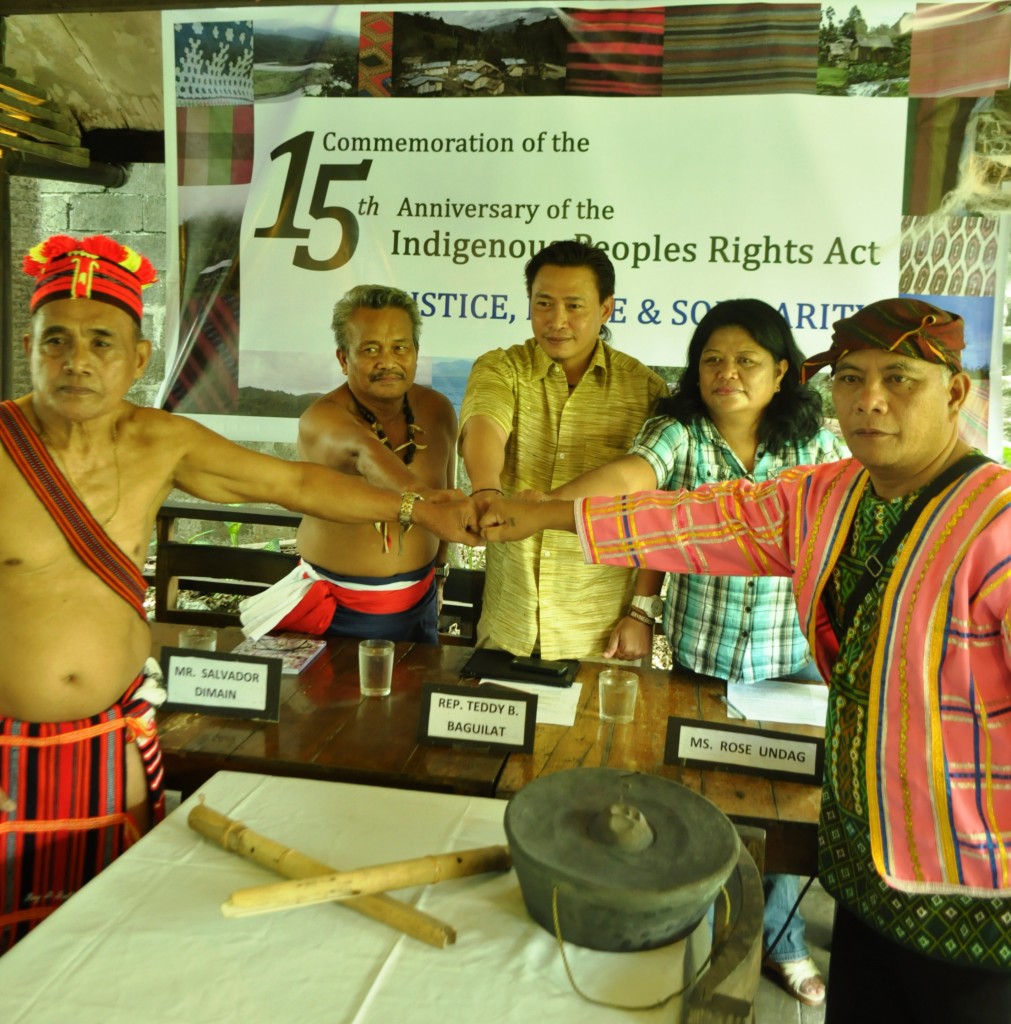