Mike de Leon’s filmography spans genres, always playful with form yet clear-eyed about the choices that make and unmake a person, an institution, a nation. He has tackled issues as wide-ranging as incest, fraternity violence, and labor causes with the rigor of an historian or a journalist, but with a bold humanist streak carrying us through the darkest passages.

With Citizen Jake, his first full-length film since the deconstructionist yarn Bayaning Third World back in 1999, de Leon gifts us an analog of the Filipino as a damaged crusader moving through a country blighted by an inherited poison.

The titular Jake, played by journalist Atom Araullo (who also co-wrote the film with de Leon and Noel Pascual), announces the film’s modus within the first few minutes. Offering a deliberate acknowledgment of the film’s fictive and subjective nature, Jake demands the complicity of the viewer: Watch him tell the story the way he wants to, with historical asides, dreamworld interludes, behind-the-scenes images, and fourth wall-breaking monologues.

And so the story unfolds. We learn that Jake is a reporter-turned-blogger as well as a teacher at a Baguio university. His media career took a backseat once his father Jacobo Herrera (played with commanding intensity by theater vet Teroy Guzman), returned to politics as a senator after years of being stained by his Marcos links. To call this father-son relationship antagonistic would be too much of an understatement; indeed, the film is propelled by the escalating devolution of this relationship.

There are also deep reserves of resentment from Jake’s older brother Roxie (Gabby Eigenmann, clearly having fun with a darkly comic role), whose Godfather obsession serves as a filter to process long-held feelings of inferiority about his younger brother and insecurity with the latter’s relationship with their father.

We also meet Jake’s makeshift family in Baguio. Jonie is Jake’s childhood best friend (Luis Alandy, nimbly portraying a largely passive character) and a “pony boy” who dreams of working overseas. We also have Jonie’s parents, (Nanding Josef and Ruby Ruiz, both effectively understated) who are long-time caretakers of the Baguio property Jake calls home. Then there is Mandy (played with measured grit by newcomer Max Collins), a fellow teacher with whom Jake is romantically involved. In the margins, we also learn of the story of the professor Lucas (Lou Veloso, charming and tragic in his small role)  – a Marcos-era activist turned educator,  whose experiences of torture and injustice inform his blackly matter-of-fact schoolroom manner.

All these characters orbit Jake. In one way or another, they influence and interrogate Jake’s ideas of who he was, who he is, and who he wants to become. The film also grapples with these same ideas, positioning Jake as a truth-seeker, damaged by his mother’s abandonment, inflamed by his family’s corruption, and driven by a near-pathological urge to witness, record, and report what he sees as wrong in his world.

What follows is Jake’s and the film’s investigation of sociopolitical structures that use then discard people who have the gall to be born poor and powerless.

Tensions intensify once Grace, a young colegiala and student of both Jake and Mandy, is found dead and beaten in a Baguio vacation rental. Mandy is understandably distraught, urging Jake to use his family name to dig deeper and find the truth in the crime. What follows is Jake’s and the film’s investigation of sociopolitical structures that use then discard people who have the gall to be born poor and powerless. The film portrays these elite-controlled institutions as no more than refineries, extracting energy and dignity from the lower classes. Jake is angry, the film even more so.

Smartly, the film’s reflexivity about its own existence doubles as a failsafe against accusations of didacticism. If Jake is a fictional character, presenting a fictional account of what to him is his real world, the film then is a fiction twice over. Instead of being a mouthpiece, Jake the crusader meets de Leon the filmmaker and they become co-equal storytellers who have parallel but not identical aims.

This is most apparent in Jake’s and the film’s willingness to acknowledge and condemn the character’s complicity and privilege. Several characters point out that Jake, despite all his efforts to distance himself from his family, has always benefited from his family’s high position. His own crusade is bolstered by his family name, his family money and that self-assuredness that can only come from having always known material comfort. 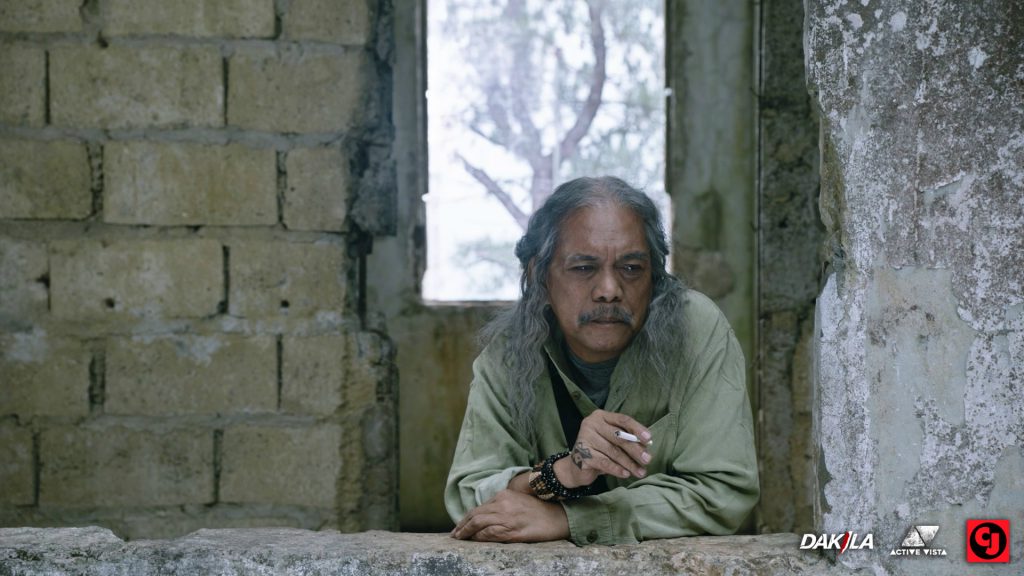 We also see Jake, belatedly and tragically recognizing that a master and servant can never be friends because of the inherent power differential of their positions, performing what is arguably his kindest act in the film – cutting loose his best friend Jonie from his family’s toxic shackles. By presenting this act, Jake absolves himself. By presenting this act, the film Citizen Jake indicts him.

This cleverness is evident throughout. There is Cherie Gil’s character, a vivid reference to the sleaze and misogyny of the Marcos era, representing that particular brand of victim who has rationalized victimhood into a cynical philosophy of can’t-beat-‘em-join-‘em. (Cherie Gil, as always, is a scene stealer par excellence.) There are also the political in-jokes, so specific and so granular in their targets, that they land with a brutality that is as harsh as they are deserved. (Hint: A certain boxer-senator and a couple of veteran showbiz senators might not enjoy this film very much).

But what of human-scaled emotions? A film of this ambition runs the risk of abstracting the realities of its corrupt world. Thankfully, there is a fierce counterpoint of emotional intelligence and nuance from the character Heidi (Anna Luna, terrific and memorable), who weaves her often unreliable story of exploitation with agency and cunning. Heidi can be seen as a victim, but she is presented with vivid self-awareness of her situation, preventing her from becoming a pawn in her own story.

Given its richness, Citizen Jake demands multiple viewings, if only to better parse the various textual, subtextual and metatextual meanings of the film and capture their conversations with each other.

We also have Araullo, an acting novice, locating his performance within a narrow but specific range, ably conveying Jake’s awkwardness, his intelligence, his bewilderment, and finally his resolve, at facing the immensity of exploitation and corruption that has eaten this country and his family. In him, de Leon finds a conspirator who can capably navigate the film’s text with his own context as a journalist and former student activist. The result is a performance that, give or take some rough edges, demonstrates an intriguing alchemy of person (Atom the reporter) and character (Jake the citizen journalist). The rest of the cast are also keyed into the film’s cadence, with powerhouse performances from Guzman and, in smaller roles, from Gil, Luna and Veloso.

Given its richness, Citizen Jake demands multiple viewings, if only to better parse the various textual, subtextual and metatextual meanings of the film and capture their conversations with each other. That’s an academic’s job, for the most part. But for the Filipino filmgoer, an immersion in Jake’s and de Leon’s tale offers a much-needed reminder of the weight of history and of context. We have never learned because we do not remember, the film seems to say.  Much like last year’s Smaller and Smaller Circles, it picks at the wounds of the past to reveal that they have never healed and, in fact, continue to fester. It is vicious (and wickedly funny) in its condemnation of the country’s evildoers, but the film also calls us out, especially the privileged few who choose to do nothing. While it does overreach at points, Citizen Jake  resonates by weaving the personal and the political, giving us a reckoning that is as much closure as it is a warning for the present.

Perhaps most importantly, we are reminded that the specter of strongman rule is once again upon us. Citizen Jake gives us a marching order: Witness, Record, Report, and above all, #NeverForget.