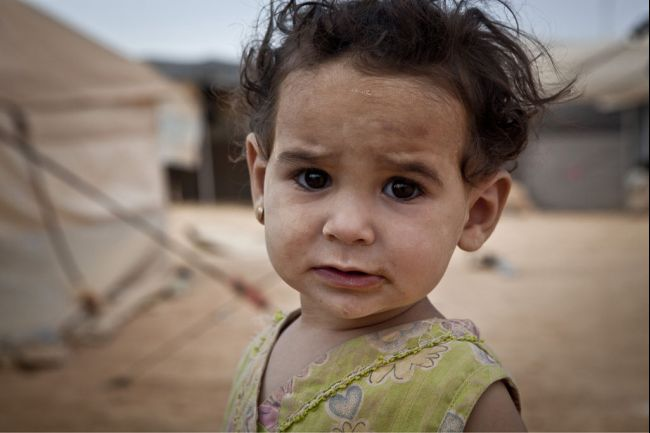 (New York) – Armed opposition groups fighting in Syria are using children for combat and other military purposes, Human Rights Watch said today. Children as young as 14 have served in at least three opposition brigades, transporting weapons and supplies and acting as lookouts, Human Rights Watch found, and children as young as 16 have carried arms and taken combat roles against government forces. Opposition commanders should make public commitments to end this practice, and to prohibit the use of anyone under 18 for military purposes – even if they volunteer.

Human Rights Watch interviewed five boys between the ages of 14 and 16 who said they had worked with the armed opposition in Homs, Daraa, and Khirbet al-Jawz, a small Idlib town near the Turkish border. Three of the boys, all age 16, said they carried weapons. One said he received military training and participated in attack missions. Two boys – ages 14 and 15 – said they, together with other boys, supported opposition brigades by conducting reconnaissance or transporting weapons and supplies. In addition, Human Rights Watch interviewed three Syrian parents who said their sons under 18 had remained in Syria to fight.

“All eyes are on the Syrian opposition to prove they’re trying to protect children from bullets and bombs, rather than placing them in danger,” said Priyanka Motaparthy, children’s rights researcher at Human Rights Watch. “One of the best ways opposition military commanders can protect children is to make a strong, public commitment against use of children in their forces, and to verify boys’ ages before allowing them to enlist.”

In some cases, boys interviewed said that they had volunteered to fight along with older siblings or family members. In other cases, they said opposition soldiers asked them to participate. In all cases, the Optional Protocol to the Convention on the Rights of the Child on the Involvement of Children in Armed Conflict, to which Syria became party in 2003, states that, “Armed groups, distinct from the armed forces of a State, should not under any circumstances, recruit or use in hostilities persons under the age of 18 years.”

The Syria Violations Documenting Center, a Syrian opposition monitoring group, has documented the deaths of at least 17 children who fought with the FSA. Many others have been severely injured, and some permanently disabled.

Ongoing initiatives to have armed opposition groups adopt and enforce codes of conduct that promote respect for human rights and international humanitarian law should include provisions making clear that children should not participate in the armed conflict, Human Rights Watch said.

“Majid,” a 16-year-old boy from Khalidiya, Homs, told Human Rights Watchthat he participated in combat missions in Syria. “I used to carry a Kalashnikov…. I used to shoot checkpoints … to capture

[them] and take the weapons.” Majid added that his battalion, which he said had more than 2,000 fighters, gave him combat training. “They taught us how to shoot, how to dismantle and put together a weapon, how to target,” he told Human Rights Watch. He volunteered along with his older brother and other relatives, he said.

“Haitham” and “Qassim,” two sixteen-year-old boys from Daraa province currently living in Jordan, told Human Rights Watch that they had voluntarily joined a local brigade, though they did not participate in attacks and had not received training. “The FSA just gave us weapons, there wasn’t any training,” Qassim said, referring to the Free Syrian Army. “We had Kalashnikovs, but we had only 30 bullets. I did reconnaissance, [and] we would guard the village at night. When someone came, we would inform the others…. [But] we didn’t go on missions because we were too young.”

“[The FSA] is accepting people from 16 and up,” Haitham told Human Rights Watch. “They’re under a lot of pressure [to win battles].” Majid from Homs also indicated that the FSA accepted children, despite their age. “The job you have depends on you,” he said. “If you have a brave heart, they’ll send you to fight checkpoints.” He added that while he held a combat post for several months, his commanders eventually told him to leave the unit because of his age. “They said we need older guys – you’re too young,” he said.

“Raed,” 14, told Human Rights Watch that he transported weapons, food, and other supplies for opposition fighters in Khirbet al-Jawz, near the Turkish border. Raed and his brother had camped out on the border when their town in northern Syria came under attack. He told Human Rights Watch that fighters asked him to assist them by carrying supplies across the border:
We would help the FSA by bringing them … supplies from Turkey, weapons. We would bring bullets and Russiyets [Kalashnikovs]. All of the kids were helping like this. We were 10 boys between 14 and 18 years old. I know the guys in the FSA and they asked me to help in this way. I did this for four or five months.

In June 2012, government forces began shooting at the border area where Raed and his brother were sleeping, near a group of FSA fighters. “[My] grandparents were at home, but we slept at the border with the FSA,” he told Human Rights Watch. “The day I got shot was the first time that I slept at the border. When I was shot, I was running, and I was shot from behind. The army was about 100 meters away.” Raed received medical treatment in Turkey, but he suffered permanent damage from his injury. “The bullet hit my nerves,” he said. “I feel my leg but I can’t move it. I’ve had four surgeries and have three surgeries left…. I don’t know if I will walk again.”

“Karim,” 15, told Human Rights Watch that before he left Homs in June or July, he and his friends used to climb trees to scout for the Free Syrian Army. “I used to go into the trees,” he said. “I would hide there to see the situation on the ground. We used to help the FSA this way.”

International law sets 18 as the minimum age for participation in direct hostilities. Under the International Criminal Court’s Rome Statute, it is a war crime for armed forces or groups to conscript or enlist children under 15, or to use them “to participate actively in hostilities.” According to definitive interpretations of the statute, active participation in hostilities does not only cover children’s direct participation in combat, but includes activities linked to combat such as scouting, spying, sabotage, and the use of children as decoys, couriers, or at military checkpoints. The prohibition on active participation also includes use of children in “direct” support functions, such as carrying supplies to the front line.

In August, the United Nations Commission of Inquiry on Syria issued a report in which it “note[d] with concern reports that children under 18 are fighting and performing auxiliary roles for anti-Government armed groups.” It added that, “The commission received assurances from Colonel Riad al-Asaad that an FSA policy not to use children in combat is in place. There is evidence to suggest, however, that this policy is not uniformly being adhered to by the FSA and other anti-Government armed groups.”

“Even when children volunteer to fight, commanders have a responsibility to protect them by turning them away,” Motaparthy said. “Children are easily influenced by older relatives and friends, but their participation in armed hostilities places them in grave danger of being killed, permanently disabled, or severely traumatized.”

Countries financing or supplying arms to opposition groups should urge the FSA to prohibit the use of those under 18 for military purposes, whether as active combatants or in support roles, Human Rights Watch said.

“We’ve watched men urge boys to support the FSA and join the fight,” Motaparthy said. “Particularly when their older family members fight with armed opposition groups, or have been killed by regime forces, boys can face pressure to pick up weapons and fight back, sometimes even at very young ages.”

Boys who served the armed opposition groups interviewed by Human Rights Watch came from particularly vulnerable segments of the Syrian population. Three of the five boys interviewed said they did not know how to read, and four had worked full-time before participating in FSA activities. None were attending school at the time they joined the FSA, as even those who formerly attended stopped because schools had closed in their community or because their families deemed the security risk too great.

Some of the boys interviewed by Human Rights Watch outside Syria said they had left Syria only to bring their female relatives to safety, while others said they had left temporarily but planned to return. Majid said that while he had been discharged from his battalion because of his age, he had come to Jordan only to drop off his female family members. He planned to travel to Daraa with a friend to try to enlist in a different unit. “Maybe it’ll be different [and they will accept me] there,” he said.

Haitham and Qassim said they also planned to return to Syria and continue fighting. “[My unit had] a weapons shortage,” Qassim said. “I am waiting for a call telling me they have more weapons, then I will return.” Raed said that he and his older brother accompanied their family to a refugee camp in Turkey, but then returned to Syria and joined the FSA, with whom he worked until he was shot in the leg.

“The FSA comes to the [Zaatari] camp and spreads the message that it is not acceptable to stay in the camp while others are fighting in Syria,” one international organization representative working with Syrian refugees in Jordan told Human Rights Watch. While Syrian refugees have been allowed access to school in host communities, and schools have been established in refugee camps, space remains limited.

“Many older children are choosing not to go to school,” Motaparthy said. “They have missed as many as two years of school inside Syria and they say they don’t see the value any longer. Humanitarian groups working with refugees should work to prevent recruitment in the camps and communities and ensure that all children have access to education.”