Teen Pregnancy in the Philippines: Rising and Alarming 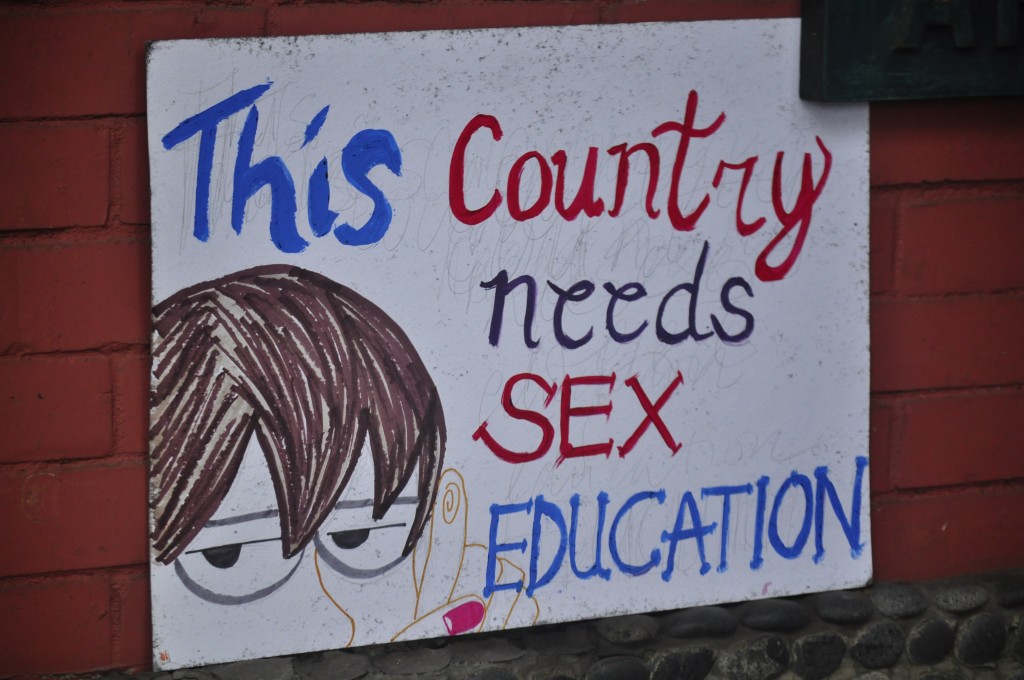 There are problems when a girl who is still a child herself gets pregnant and gives birth to another child. These include the risks of pregnancy-related complications, stigma and discrimination, limited social mobility, stunted development and maternal mortality which is high among teen mothers. Multiply this by the thousands and you have a picture of the situation in the country.

The issue of teen pregnancy is complex. The context and environment make it more complicated. If youth culture has a Facebook account, its profile will most probably have “It’s complicated” as relationship status. Some easily point a finger to the often demonized culture of young people as the ultimate culprit for the rising incidence of teen pregnancy. That may be correct but it is also a dangerous oversimplification.

Sexuality and desire are inherent components of the human psyche. These influence a person’s attitudes and behavior. It is also heightened during certain periods of a person’s lifetime. Adolescence is one such period.

Behavior and attitude of the youth change not because they are losing what some would loosely refer to as “moral values” but because these do evolve through time as the environment and contexts do. Their perceptions on issues may vary from that of previous generations. It is therefore important to understand the issue of teen pregnancy in this context, probing shifts and trends in behaviors, attitudes and perceptions of the young.

If perceptions shape behavior, technology is largely responsible in escalating it. Interactions among the youth now are further facilitated by advances in telecommunications and online platforms in a manner never seen before. Whereas before meeting prospective partners can be a long-drawn process, it is now happening at an unprecedented speed. Accessibility of telecommunications and internet social networking hasten and make easy the matching process. A young person who has “single” as Facebook status could be “in a relationship” in a matter of days, even hours.

Social realities like labor migration also shape and influence the behavior of the youth. As one parent or both parents leave the family home to work somewhere else, children acquire a sense of independence early on because they receive less supervision. It is no wonder why most of the first sexual encounters of the youth take place in the home.

What complicates the already complicated situation even more is the lack of adolescent sexual and reproductive health education. This lack of knowledge compounds the tendency for risky sexual behavior among the youth. The young do not have authoritative sources of information on issues of sex and sexuality.

Parents have discomfort discussing these topics with their children and even discourage conversations on these issues. The discomfort comes from their own social experience where conversations on sex are generally frowned upon, leading to a sex-negative environment. Sex and sexuality have been so demonized that some young people refuse to talk about it. Second, the young are not getting the necessary information in school. This has always been the case especially given the delay in implementation of the Responsible Parenthood Law that provides for age-appropriate reproductive health (RH) education. Religious educational institutions still refuse to teach RH education to their students, sticking to their tightly held assumption that it will make the young curious and promiscuous.

If not at home nor in the school, where do the young get information about sexuality? They normally get it from peers who can be as misinformed as they are. This perpetuates the many false assumptions about sex, which range from “you will not get pregnant if you urinate after sex” to “if the girl stands up after sex, she is safe” to “withdrawal prevents pregnancy”. The youth also rely on the internet for information, but not all information online are true and accurate. At times, online platforms even perpetuate and amplify the many existing misconceptions.

The changing norms, social conditions and advances in information technology, when compounded with lack of knowledge and raging hormones, could lead to risky behavior. 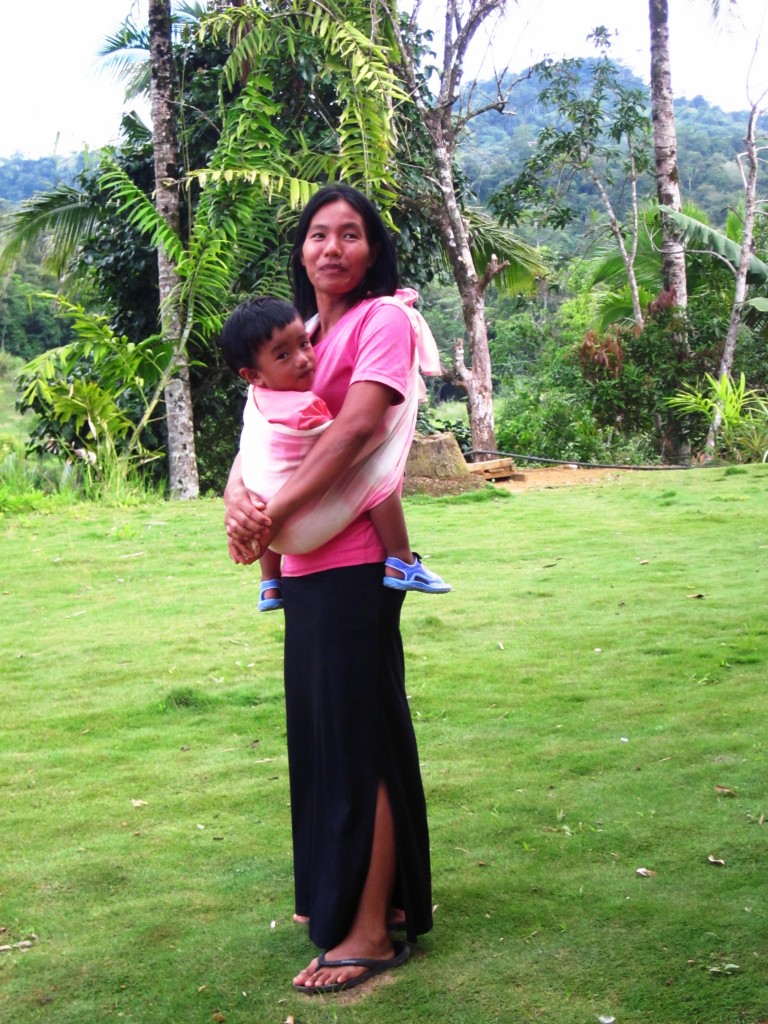 It is alarming when most people know of someone, a friend, relative, classmate or neighbor, who got pregnant while in their teens. This is now the situation.

Tracking the incidence of teen pregnancy in the country reveals that there has been a constant increase in the past decade. In the year 2000, 7% of all births were accounted to mothers below 19 years old. By the 2010, their share increased to 12%. The Philippines may not have the highest incidence in Southeast Asia but the country has the highest rate of increase. In 2011, the United Nations Population Fund (UNFPA) reported that it is only in the Philippines where the rate is increasing; it is decreasing in other countries in the region.

There are areas in the country where the incidence of births below 19 years old is higher than the national average. The region with the highest incidence is CARAGA region (15%) followed by Davao region (13.8%) and SOCCKSKSARGEN (13.6). Other regions that have high incidence are Northern Mindanao (12.9%) and MIMAROPA (12.8%).

Incidence is not only rising; those getting pregnant are also getting younger. Births accounted to those under 15 years old doubled in a decade. A sampling of a number of Department of Health retained hospitals in 2011 shows a remarkable number of deliveries by girls 10-14 years old. In the Ilocos Region and Cordillera Administrative Region for example, hospital records showed that there are more than a hundred deliveries by mothers below 15 years old.

There is also the phenomenon of teen mothers having multiple children at a young age. Take the case of birth spacing as reported by the 2011 Family Health Survey: 27.7% of Filipino children are born less than 2 years (24 months) after a previous birth; 66.9% of such children are born to younger women age 15-19.

The National Statistics Office in 2010 recorded cases of young women having four to five children before the age of 19. There are more than 3,000 young mothers who already gave birth three times by age 19. There are also more than 300 who have four babies at the same age. More alarming are the cases of girls having 2-3 children before the age of 15. NSO recorded incidence of girls below 15 years old who gave birth two to three times already. These figures can be bigger because registration rate in the country is not 100%, especially for deliveries outside of medical facilities. 44% of the delivery by the 15-19 age group is at home (FHS 2011).

Adolescence is marked by dramatic physical development. Many changes are happening in teenagers’ bodies. But these physical changes are not always in synch with their mental growth. Most of the time, the development of the body overtakes mental and emotional maturity, making them vulnerable because of the lack of knowledge and life skills to bridge the gap.

The average age of menarche or first menstruation in the country is 13 years old. Menarche signals the beginning of reproductive capacity. This a drastic shift in the life cycle of a girl.

Opponents of the RH law assert that adolescent sexual and reproductive health (ASRH) education will make the young more promiscuous because it would arouse their curiosity. This misses out on an important factual assumption: the young are curious. It is a natural tendency for them to explore.

ASRH education being age and development appropriate is not about teaching them how to have sex. It is about helping them understand their bodies and the developments that are happening. It is about helping them make the right decisions and reduce their risky behavior. Those opposing ASRH education have an inherent mistrust of young people. They do not recognize the evolving capacity of the youth.

The reality is that young people are constantly making decisions. It is incumbent upon society to help them make the right decisions because they are capable of doing so. The right decision could be abstinence or protecting themselves with modern methods.

The teen pregnancy situation in the country paints a picture that negates the best interest of the youth, especially young girls. The lack and, most of the time, absence of education that could reduce risky behavior is not in their best interest. Young girls have the right to know what is happening to their bodies. Knowledge breeds responsibility and the necessary life skills to care for one’s self.