Halfway through the Duterte regime, the human rights situation in the Philippines continued its descent to violence, fear, and impunity.

In 2019, three years into President Rodrigo Duterte’s rule, the strongman’s impulse for violence manifested itself through even more harmful and lethal means. The continuation of the so-called war on drugs, the escalation of attacks against human rights defenders, activists, and the media, and the disregard for social and economic justice has festered into a full-blown human rights crisis.

This report, a product of a yearlong effort to monitor and analyze developments impacting the human rights and dignity of Filipinos, is an opportunity to confront our country’s worsening reality—one where an autocratic regime so boldly circumvents the State’s obligations to the dignity and well-being of its people.

Beyond chronicling the contours and dimensions of this crisis, we aspire for action. We believe that our people, guided by the ideals and principles of human rights and democratic rule, can seize this country from the clutches of authoritarianism and work towards a society where their innate dignity as human beings is valued. 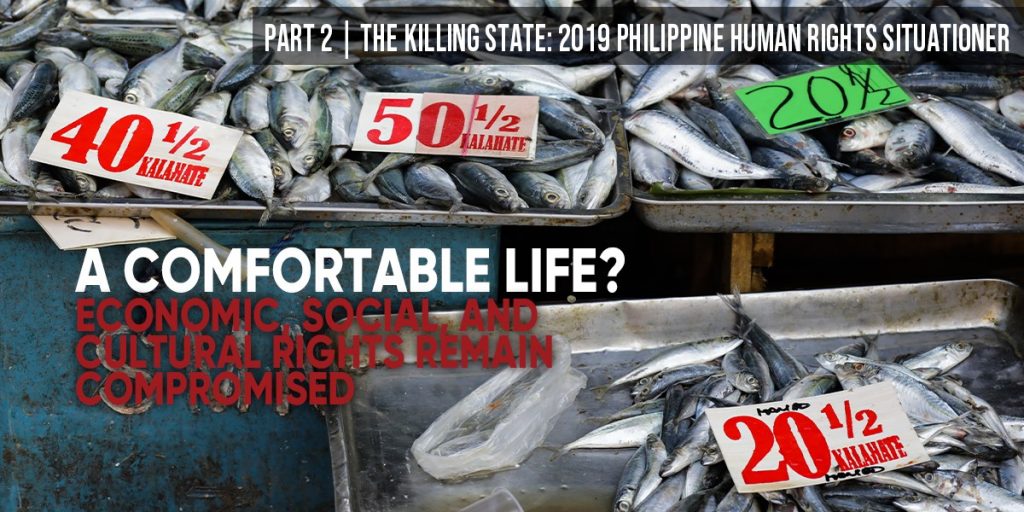 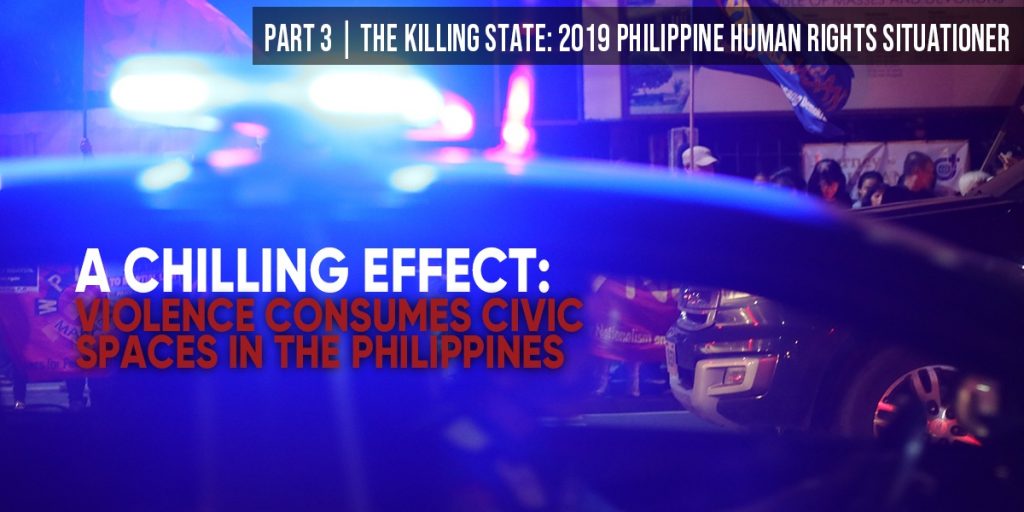 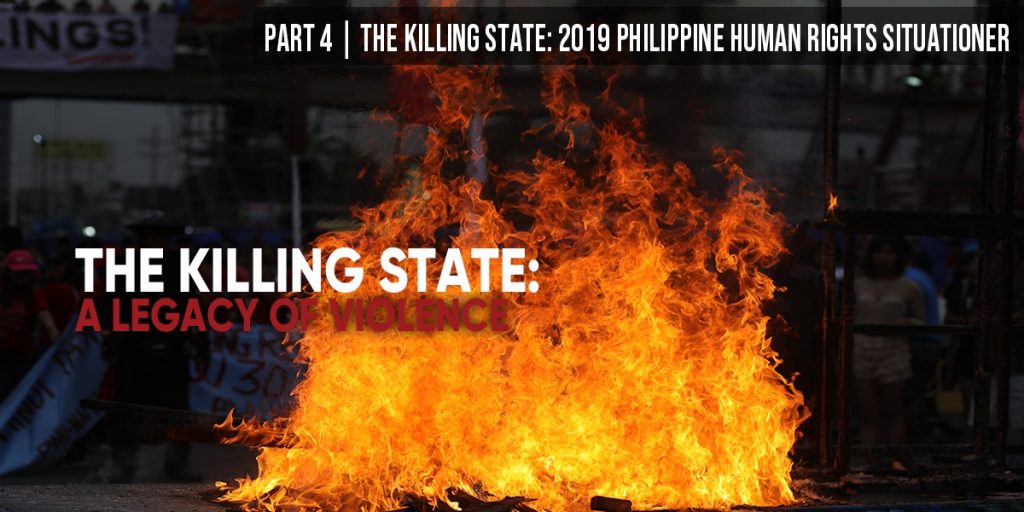 The report is in four parts.

Part 1 takes a look at the kill policies of the Duterte administration and examines how these policies have enabled widespread violence and impunity in 2019.

Part 2 reviews the socioeconomic conditions in the Philippines in 2019 and illustrates how very little has been achieved in the enjoyment of economic, social, and cultural rights of Filipinos.

Part 3 describes the ways in which the Duterte administration’s violence has led to shrinking civic spaces in the Philippines, tracing the cause to the government’s national security policy.

Part 4  offers up a picture of what the next three years of the Duterte administration will mean for the human rights situation in the country. We also propose that there are opportunities for exacting accountability against those who are responsible for our worsening human rights crisis.