The Killing State: A Legacy of Violence

This is the fourth and last part of The Killing State: 2019 Philippine Human Rights Situationer, a report released by PhilRights to describe key events in 2019 that have impacted the human rights situation in the country. This section offers up a picture of what the next three years of the Duterte administration will mean for the human rights situation in the country. We also propose that there are opportunities for exacting accountability against those who are responsible for our worsening human rights crisis. [Part 1] [Part 2] [Part 3]

Pres. Duterte, in his 2019 State of the Nation Address (SONA) in July, promised to end his term fighting. For all of his bluster and exaggeration, this promise is something to take seriously.

Taking to the stage before lawmakers for his fourth SONA, the President appeared confident, no doubt still basking from the landslide victory of the administration’s Senate bets during the May 2019 midterm elections, where nine out of the 12 elected senators are Duterte allies. Also boosting the president’s spirits is the record high 68+ satisfaction rating he received in a June 2019 Social Weather Stations (SWS) survey.

Both are favorable developments to mark the halfway point of the Duterte presidency. Curiously, the president was also forthright in acknowledging his administration’s shortcomings. Closing the speech, he borrowed from Winston Churchill’s The Locust Years when he said, “We are now entering a period of consequences,” as he acknowledged “the consequences of what we did and did not do but should have done during my first half of my term.”

But as Focus on the Global South highlighted, Pres. Duterte’s acknowledgment of obstacles to his governance, such as endemic corruption, is supplanted with praise for “the purported achievements of his strongman leadership and of the military men he appointed to his Cabinet.”

The underlying message, Focus on the Global South said, is much more sinister: “There is a need to expand the powers of the strongman so that he may effectively address corruption and all the other problems born out of it.”

That, in a nutshell, is what the remaining three years of the Duterte presidency is poised to become. Here is a strongman needing to cement his legacy. Indeed, having normalized State violence and impunity in the past three years, the noose is guaranteed to further tighten.

The president’s push to reinstate the death penalty, particularly for drug-related crimes and plunder, is already underway in the House of Representatives where at least 12 bills have been filed. This despite the fact that restoring capital punishment is in direct violation of the Second Optional Protocol to the International Covenant on Civil and Political Rights (ICCPR), which the Philippines ratified in 2007. This commitment also prohibits the Philippines—or any other signatory State—from denouncing or withdrawing from its obligation to respect its citizens’ right to life.

Also in the president’s legislative agenda are amendments to the Human Security Act, via Senate Bill 1083 sponsored by Senators Panfilo Lacson and Ronald Dela Rosa, which include extending the detention of “terrorist” suspects without an arrest warrant to 14 days.

In his midterm progress report, the President expounded on his administration’s adoption of the whole-of-nation approach “to help us decisively end insurgency at its roots.” This meant the activation of the National Task Force to End Local Communist Armed Conflict (NTF-ELCAC) in April 2019, followed by the creation of regional task forces across the country as outlined in Executive Order No. 70 and the resulting issuances from the Department of the Interior and Local Government (DILG).

These bills and policy issuances are all but guaranteed, given Pres. Duterte’s substantial political capital—further bolstered by the success of many administration bets in the last midterm elections. This equates to broad support from both houses of the legislative branch and pliant local government units. And with 11 out of the 15 sitting justices of the Supreme Court being Duterte appointees, there is little confidence in the success of future efforts to mount legal challenges against these kill policies. 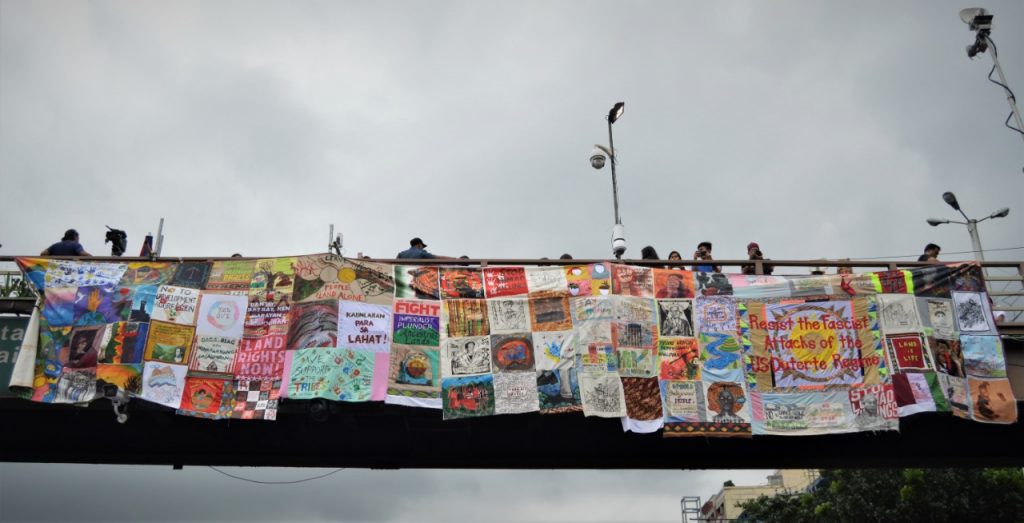 Not all hope is lost. If 2019 cemented Pres. Duterte’s hold on power and furthered his anti-human rights agenda, there are equivalent developments that offer glimmers of hope for human rights.

In July, the United Nations Human Rights Council adopted an Iceland-led resolution, which made three specific requests. The first two are directed at the Philippine government to (1) “take all necessary measures to prevent extrajudicial killings and enforced disappearances, to carry out impartial investigations and to hold perpetrators accountable” and to (2) “cooperate with the Office of the United Nations High Commissioner for Human Rights and the mechanisms of the Human Rights Council.” The third and most significant request is for the United Nations High Commissioner for Human Rights Michele Bachelet to conduct comprehensive monitoring and report on the human rights situation in the Philippines by the Council’s 44th session in July 2020.

The resolution and Iceland’s leadership role in it both resulted from years of lobbying work by a coalition of Filipino and international human rights groups in Geneva and across Europe.

Rose Trajano, secretary-general of the Philippine Alliance of Human Rights Advocates (PAHRA), underscored the importance of the resolution in boosting the momentum of human rights groups’ international advocacy efforts, especially in light of the Philippine government’s 2018 decision to withdraw from the Rome Statute, thereby also withdrawing from the International Criminal Court.

“This resolution is even more critical because while we lost access to an international body, we now have another international human rights body to prepare a report,” said Trajano.

Ellecer Carlos of the In Defense of Human Rights and Dignity Movement (iDEFEND), meanwhile, described the resolution as a last recourse, saying “that means that the bilateral modes of productive engagement with the Philippine government is not possible anymore.”

In December, the International Criminal Court’s Office of the Prosecutor released its 2019 report on its preliminary examination activities. On the subject of the Philippines and the complaints against Pres. Duterte and other officials for crimes against humanity, ICC’s Chief Prosecutor Fatou Bensouda reported that “During 2020, the Office will aim to finalize the preliminary examination” having “significantly advanced its assessment of whether there is a reasonable basis to proceed […].” This refers to the next step in the process where Bensouda’s office will seek authorization from the ICC’s Pre-Trial Chamber to conduct a full-fledged investigation.

For Bensouda’s Office to commit to a definite timeline is a significant step forward. That a decision will arrive on the same year that the UN Human Rights Council—and the world at large—will hear a report from the High Commissioner for Human Rights means that the international community will keep paying attention to the human rights crisis unfolding in the Philippines.
Also in December, the United States Senate foreign relations committee unanimously passed US Senate Resolution 142 which condemned the Philippine government “for its role in state sanctioned extrajudicial killings by police and other armed individuals as part of the “War on Drugs””; for “the arrest and detention of human rights defenders and political leaders who exercise their rights to freedom of expression”; for “the harassment, arrest, and unjustified judicial proceedings against the media and journalists, in particular, the proceeding against Rappler and Maria Ressa”; and “the continued detention of Senator Leila De Lima.”

Further, the US 2020 budget, approved late in December, included a provision that would deny entry into the United States to those involved in the detention of Sen. De Lima. While the US State Department has yet to release an official list of names of officials affected by the order, Sen. De Lima has indicated that she will be submitting a “recommendatory” list of her persecutors.

In a column for the Manila Standard, law professor and human rights advocate Antonio La Viña explained that the order is “immediately executory and officials and individuals who have been complicit in De Lima’s persecution are now covered by the Global Magnitsky Act.”

With the United States setting a precedent for direct action against Philippine government officials responsible for the country’s human rights crisis, other States could follow suit. Calling the Global Magnitsky Act “one of the best things that has happened recently” in the field of law, La Viña noted how the law is gaining adherents in other countries with the European Union and Australia among those who are considering passing similar laws.

What these developments demonstrate is that exacting accountability against those who violate human rights have taken a more global character, and are perhaps more effective for it, given how many of these same human rights violators have personal and financial interests in foreign territories. 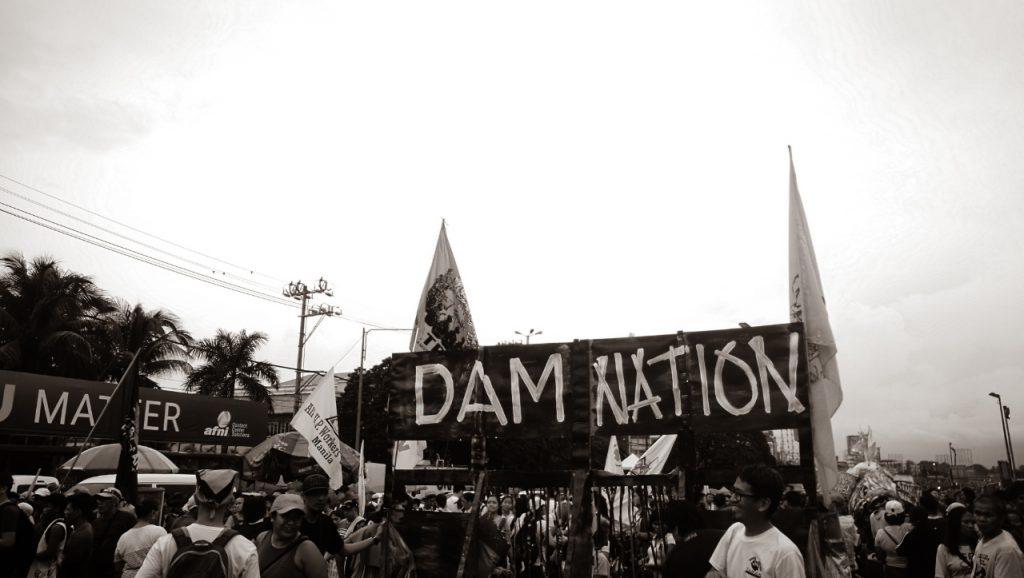 Harnessing public support for victims of human rights violations and their families, as well as for human rights defenders, journalists, and activists whose lives have been put at risk continues to be a challenge.

Public approval for the so-called war on drugs remains strong, even as there is increasing recognition that those responsible for the campaign have committed violations. Satisfaction ratings for the president and his administration are still high, proving that Duterte magic is still alive and well.

In other words, President Duterte won’t be the only one fighting.