Kill Policies: Testing the Extremes of Violence and Impunity

This is the first part of The Killing State: 2019 Philippine Human Rights Situationer, a report released by PhilRights to describe key events in 2019 that have impacted the human rights situation in the country. Here we take a look at the kill policies of the Duterte administration, and examine how these policies have enabled widespread violence and impunity in 2019. [Part 2] [Part 3] [Part 4]

A gunshot to the head ended the life of three-year-old Myka Ulpina.

On July 29, a buy-bust operation by Rodriguez, Rizal police targeting the child’s father Renato Ulpina and a cohort resulted in the death of both targets, a police officer, and Myca. Police claimed that Renato used his child as a “human shield” during the crossfire; Myca died a day later in the hospital.

“She would’ve turned four by the end of July, but Myca Ulpina’s life was cut short in the hands of those who swore to protect it,” said Commission on Human Rights Spokesperson Jacqueline de Guia.

The violence of the operation and the resulting death of a young child were a cruel jolt to a public seemingly inured to news of drug-related killings. Even the Philippine National Police (PNP) appeared reticent and was not its usual combative self when questions emerged about what went wrong in the operation.

On the truth of the local police claim that Myka’s father used her as a human shield, PNP spokesperson Colonel Bernard Banac was careful: “We are not accepting it yet. That is the initial report submitted by the operatives and we are looking also into the other statements of witnesses and the family.”

That a three-year-old’s death can be reduced to these words by the same man who was the lead enforcer of the so-called war on drugs is not any less upsetting given its predictability. Equally upsetting is that the same man was elected by 19 million Filipinos in May 2019 and then assumed leadership of the Senate committee on public order and dangerous drugs, the very committee that could hold investigations on irregularities of the so-called drug war. Walking back on his words, the senator later clarified that the comment was not intended for the general public, but only for the police community.

What is clear is that Sen. dela Rosa remains unwilling to admit State accountability for how the campaign he led has triggered large-scale human rights violations. Indeed, Myka’s death is but one among thousands since the start of the campaign on July 1, 2016. Three years on, government numbers have pegged the killings at 5,552 “drug personalities” as of November 30, 2019. The latest numbers also report total arrests at 220,728, including 8,185 so-called high-value targets.

These numbers tell one story, one that is markedly different from those reported by human rights organizations documenting and monitoring the so-called drug war. But as Carlos Conde, Philippines researcher for Human Rights Watch, pointed out, this isn’t solely a debate about numbers, it is about demanding accountability.

That these official numbers have gone up and down depending on PNP’s arbitrary categorization is a further reminder that transparency and honesty is not a government priority. What this amounts to is a direct evasion of accountability and a deliberate demonstration of impunity by State forces.

These numbers also create a chilling effect as a culture of fear and silence envelops communities in the country.

Multidimensional Impacts of the So-called War on Drugs

Our September 2019 report concluded that alleged extrajudicial killings and other human rights violations in the context of the so-called war on drugs have multi-dimensional impacts not only on the victims, but also on their families and communities left behind. The State’s violations of the basic rights of Filipinos are interrelated in their impacts, like dominoes falling one after another.

In Navotas and other urban poor communities, the police are still conducting rounds of arrests, house-to-house profiling, and area patrols, instilling fear among residents.

We no longer feel secure. Until now, whenever there are police officers entering our community, my parents get so nervous, fearing that someone else will get killed

– “Elsa”, a resident of Navotas

These patterns of violence and abuse of State power are also present in the intensifying crackdown against human rights defenders, activists, and journalists in the country. The justification of the police on the brutality and violence in their operations and the attacks and threats of the State to progressive individuals and organizations who condemn their anti-poor policies often fall under the tired nanlaban narrative. And this justification, brutal in its finality, has sown fear among civil society organizations, progressive groups, media workers, and citizens who wish to claim their rights and raise questions against State policies.

In November, 57 individuals including 15 minors were arrested in simultaneous operations in Bacolod City and Escalante City in the island of Negros. Among those arrested, 44 were charged with illegal possession of firearms, explosives, and were accused of being members of the New People’s Army.

State forces also raided the offices of progressive groups including Gabriela, Bayan, and the National Federation of Sugar Workers. Even the homes of some  progressive individuals were not spared; the residences of Gabriela–Manila Spokesperson Cora Agovida and Bayan Muna Regional Coordinator Romulo Bito-on were also raided.

These incidents have been attributed by progressive groups as the direct consequences of Memorandum Order No. 32, which was then followed by Executive Order No. 70, both signed by Pres. Duterte, resulting in the deployment of more military and police forces to intimidate, control, and curtail the movements of progressive individuals and groups in the country.

Attacks on the media have continued. The State of Media Freedom in the Philippines, drafted by the Freedom for Media, Freedom for All Network reported in December that there have been 154 cases of threats and attacks against the press since 2016. In 69 of these cases, State agents were the known or alleged perpetrators. The report also highlighted the escalating attacks on the media in the last six months of 2019, which included the red-tagging of journalists and media organizations and “public broadsides and attacks” by Pres. Duterte and Foreign Affairs Secretary Teodoro Locsin Jr. against the media.

On his fourth State of the Nation Address (SONA) in July, Pres. Duterte yet again urged Congress to reimpose the death penalty. Premised both as deterrent and hardline punishment for heinous crimes, the insistence to bring back the death penalty not only goes against a worldwide shift away from capital punishment, but also deliberately ignores the country’s obligations to international human rights law as a State party to the Second Optional Protocol of the International Covenant on Civil and Political Rights (ICCPR).

In early 2019, legislators aggressively pushed for the lowering of the minimum age of criminal responsibility from 15 to 12 years old through House Bill 8858. Under the bill, any child who commits serious crimes such as parricide, murder, kidnapping, among others, will be sent to the Intensive Juvenile Intervention and Support Center. Children offenders may also be jailed if they violate the Comprehensive Dangerous Drugs Act of 2002.

What the government again failed to consider is that laws that should be protecting and providing rehabilitation and care for children in conflict with the law are instead failing them. Facilities which are supposedly child-friendly and conducive for the development of children are immensely lacking. These facilities are badly mismanaged, unhygienic, and often lacking in basic necessities.

In his 2019 CONTRA SONA, Albay Representative Edcel Lagman pointed out the anti-human rights character of these two proposed measures. “Empirical studies show that both initiatives will not deter the commission of crimes. The right to life is supreme among all human rights. The death penalty has become a penal aberration. No child of tender age must be considered a criminal or be treated as one.” 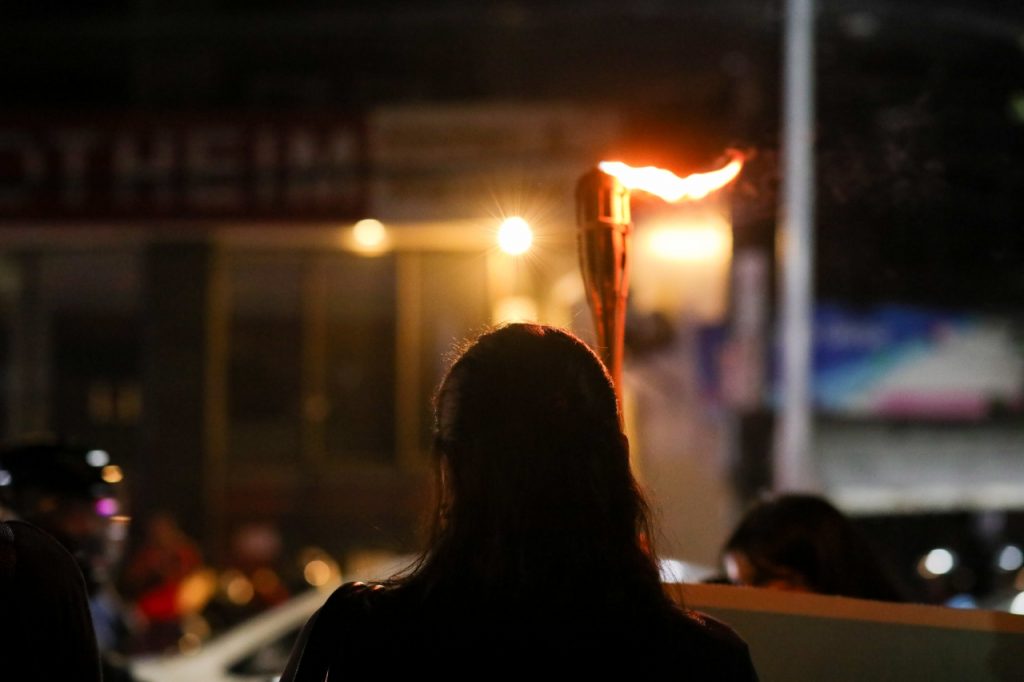 The campaign against drugs, the crackdown against progressive individuals and groups, the reinstatement of the death penalty, and the lowering of MACR are all expressions of a single impulse, that of violence.

After three years under Duterte’s rule, the Philippines has become the second least peaceful country in Asia-Pacific, next only to North Korea, according to the 2019 Global Peace Index. Global Witness tagged the Philippines as the most dangerous country in the world for environment and land defenders in 2019, reporting that at least 30 were killed in 2018, and 113 killed since Pres. Duterte took office.

The demonization of human rights, coupled with weaponization of laws and the constant incitement of violence by the president himself has created a hostile environment for ordinary Filipinos.

Living in Navotas in 2019, Elsa says, “Parang nasakal ‘yong dating kalayaan namin dahil sa takot.” (It’s like the freedoms we used to enjoy were smothered because of fear.)